Josie O had her third experience with the hair dryer today, and I think she finally appreciates the value of warm air blowing on her little shivery self. I did a much better job of cleaning her ear fringe and bib than I have in the past. Best she’s ever looked, I think. 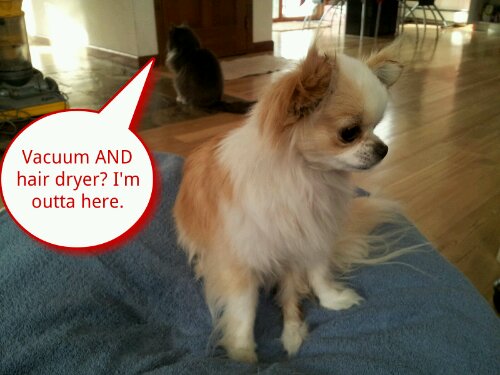 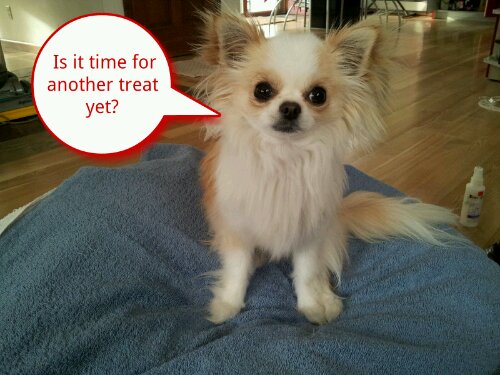 We’ve had extended cold weather that’s kept the snow from melting all the way. We play with Josie O and take her to Home Depot, but she misses her long walks. 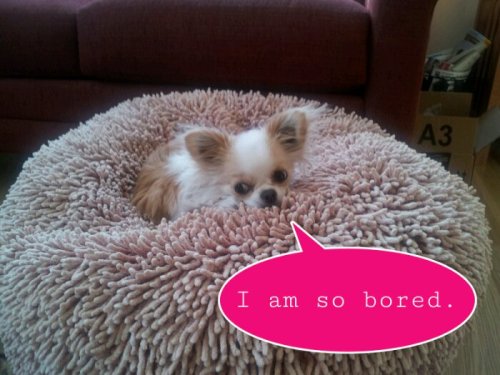 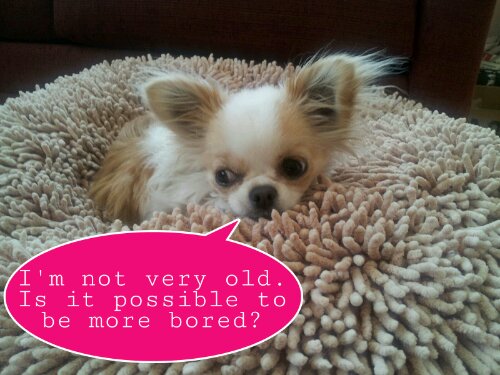 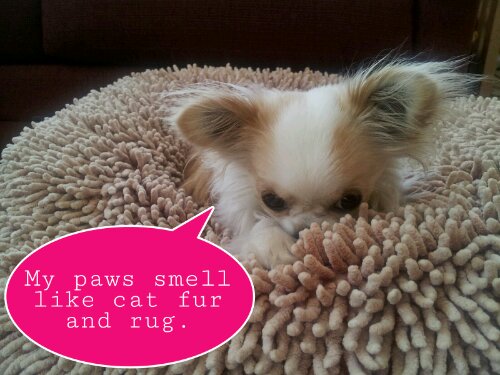 The movement is jerky, the sniffing is over-dramatic, and the materials are shoddy. It’s the worst sock puppet ever.

Angel Joe (my husband) is working just off the Pearl Street pedestrian mall, so I decided to take Josie O on a walk to see him. Dogs aren’t allowed on the mall proper, but there’s a ton of people on all the surrounding streets, and Josie LOVES people. We even got pulled into Zing salon by Joy, the owner, so we could meet the people there and also Francois, her toy poodle. He weighs exactly the same as Josie: 3.5 pounds. (I swear I will get better about taking pictures.) Anyway, Joy says I should come back and have some of those tinsel strands put in Josie’s tail. Since it’s only $15, I might do it. I doubt Josie would notice, and I like sparkly things.

Anyway, she met lots of people at the salon, and walking, and in Joe’s office. She was in heaven. The problem came when I tried to walk back home.

Me: Come on, we’re going home.

Josie O: But the people are back there! I can hear them!

Josie O: I don’t know what that word means! The people, the people!

It doesn’t pay to drag a Chihuahua. They don’t give up, there’s the risk that their harness will come off and you’ll have a loose dog, and people look at you like you’re a monster.  We were about ten blocks from home. For eight of them, I would put her down and she would try to go back the other way. Luckily, 3.5 pounds is not much to carry.